Dr Benjamin Wardhaugh, Principal Investigator
Benjamin holds a doctorate from the University of Oxford and has been engaged in research and teaching in the history of mathematics since 2006. His ten books include the textbook How to Read Historical Mathematics (Princeton, 2010) and A Wealth of Numbers (Princeton, 2012), an anthology of 500 years of popular mathematics writing; they also include five volumes of critical editions. His research interests span the sixteenth to the eighteenth century and include mathematical theories of music, the transmission of mathematical texts, and the history of mathematics teaching and numeracy in that period.
https://www.history.ox.ac.uk/people/dr-benjamin-wardhaugh 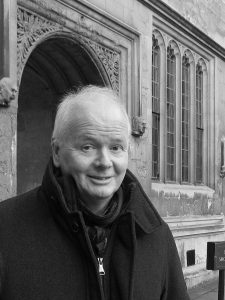 Dr Philip Beeley, Co-Investigator
Philip’s research and publications are focused on the history of science and epistolarly cultures in early modern Europe. He is especially interested in the role played by correspondence networks in the emergence of modern scientific thought and in the ways in which mathematical ideas were disseminated and discussed both in scholarly communities and across different social milieus. A further area of his research is on early modern cryptography and its importance in shaping political and military events in late seventeenth-century Europe. He is currently President of the British Society for the History of Mathematics.
https://www.history.ox.ac.uk/people/dr-philip-beeley

Dr Yelda Nasifoglu, Researcher
Yelda studied architecture in New York and architectural history and theory in Montreal before working as an architect for eight years. Witnessing the proliferation of the digital in architectural design, she returned to academia to investigate the roots and philosophical underpinnings of mathematical thinking with a MSc in history of science at Oxford, and a PhD in architectural history and theory at McGill University with her dissertation on ‘Robert Hooke’s Praxes: Reading, Drawing, Building’. Her research concentrates on the theoretical intentions ascribed to mathematics during the early modern period, the perceived disconnect between geometry and materiality, nature of mathematical diagrams, and different conceptions of praxis.
yelda.nasifoglu@history.ox.ac.uk
[faculty page forthcoming]

Euclid's Elements of Geometry in Early Modern Britain and Ireland